I haven’t updated this blog since February. I’m so, so sorry. But now I plan on signing on at least once a week.

I am in the midst of rewriting War Mage. I’m stuck on the first part, “Act One” according to a handy-dandy book “90 day rewrite”. You’re supposed to take the rewrite in manageable chunks and do it there, not do line editing like I’ve been doing.

90 Day Rewrite is using The Anatomy of Story as its basis, which I think is one of the best books on story and preparing a “hit” that I’ve read. It’s mostly for screenwriters, but it’s really good for writers.

Personally, I don’t care much for the 3-act structure. Most of the writing books I’ve read talk about that. It talks about Act 1 being a quarter, Act 2 being a half, and Act 3 being another quarter. If that’s the case with my story, On page 50 should be the end of Act 1.

And lo and behold, it is.

Act 3, however, does not start where I want it.  The ending is way too short, I already know that.. Which means, I think, I need to add more stuff.  I was going to add another subplot. I’m not sure where to put it.

My goal is to finish the rewrite by May 15. Then it goes to my beta reader and editor. The goal it to publish in December, but it might end up being February of next year. Which is fine.

I am also restarting the Grimaulkin book, probably as a series. I’m writing it in the style of a memoir with magic and straight up dialogue. I’ve renamed his brother, made his siblings much older, and started in media res.

I leave you with this, a picture close to home. My son is taking up photography, and I’m proud of his picture taking ability. 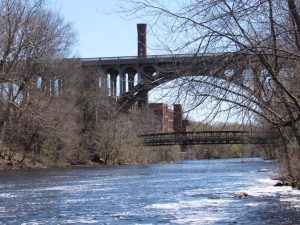